1 vm, 4GB RAM, 2 cores on a new T-453A. I am the only user of the qnap and this is its only role aside from file server. Performance is slow, almost reminds me of dial up with pcanywhere from the early 90's. Well maybe not that bad.

It is a Windows 10 professional vm, all MS updates. Only two softwares installed. Quicken personal finance software, and teamviewer for remote access. After installing and updating windows, I mounted the tools and ran the install. My question to all, if my QTS and Virtualization Station was up to date did I install the latest tools? Is there anything else folks do to increase performance?

Thank you all for any suggestions,

I take is your using the virtio drivers?

Ryan77 wrote: My question to all, if my QTS and Virtualization Station was up to date did I install the latest tools? Is there anything else folks do to increase performance?

The "Guest Tools" version that QNAP bundles with VS, will NOT be the latest version as referenced in my Tutorial linked above. I generally haven't had any issues using the latest VirtIO drivers EXCEPT on occasion the QXL driver. The rest of them have installed fine.

A couple things to keep in mind, you are working on a celeron class processor in your QNAP. Works great for QNAP functions, but it is limited in horsepower for running VM"s, so even with everything configured right... it still won't be "Speedy"

Secondly, I wouldn't use Teamviewer for remote access (unless you are WAN remote), enable RDP access and use RDP client. Works much better. Other options are SPICE or VNC client, but I tend to stick with RDP access.

Thank you Paul for the quick reply. I will review you tutorial in detail tonight.

The performance is about the same using team viewer or RDP on the same network plugged into the same Gig Switch. I will try your suggestions away from team viewer.

I upgraded to this T-453 with 8GB of RAM from another QNAP specifically for virtualization station. I hope I am able to gain some performance, but now fear I may have wasted money and question why qnap would allow this software to run on this device. I would have bumped up to a larger unit but thought to my self its one small client VM doing one task running my quicken software, I am not looking to run multiple vm's so a more powerful system did not come to mind.

Feel free to post some screenshots of your VM config settings if you run into questions, etc.

Everyones definition of speedy is different, so without a "fact-based" reference point it is hard to argue right/wrong.

I have a Win 2K16 Domain Controller setup and have been struggeling with performance for weeks. The system became so slow that I could enter a letter in the editor and then return some 5 minutes later to then eventually see it displayed.
Surfing the web I landed here and the pointers for the add in tools were helpful. However, I came across a well documented 'How To' which may help some of you guys out there:
How to Improve Performance of a QNAP VM Using Virtio Drivers: https://www.youtube.com/watch?v=UNvEaBGc73c .
I found a lot of effort was put into the very clearly explained solution shown.
Enjoy,
If life was just black & white, we'd probably all be unemployed

Trexx wrote: ↑
Tue Sep 26, 2017 10:43 pm
Secondly, I wouldn't use Teamviewer for remote access (unless you are WAN remote), enable RDP access and use RDP client. Works much better. Other options are SPICE or VNC client, but I tend to stick with RDP access.

any rdp client you recommend?

is it possible to do audio via networking, or is the only solution to plug in speakers direct into the QNAP NAS?


also in regards to performance tweaks, is there anything besides the virtio do we need to setup ?
https://www.youtube.com/watch?v=UNvEaBGc73c


like in the vm settings hard drive, should we be enabling caching?

because in the youtube the guy left that alone.

RDP is semantic. The RDP is aware of controls, fonts, and other similar graphical primitives. This means that when rendering a screen across a network, this information is used to compress the data stream significantly. For instance, if you know that this region of the screen if occupied by a button, with the color grey, then you don't need to send an image of the button across the network, but merely information such as location of this button, size and color.

VNC is "dumb" in this respect, and largely functions by sending the actual images across the network.

RDP is tightly coupled to the Windows platform whereas VNC is available for most platforms. RDP is also seen as far more performant than VNC, due to the semantic advantage.

what os are you running moogle ?

I have audio via rdp .. but it can be hit or miss if it runs ok or crackles
Top

I have audio via rdp .. but it can be hit or miss if it runs ok or crackles

in the virtual station, the only option in UI was the vnc. I couldn't find a rdp. So i'm assuming the rdp trexx was talking about was the one in the VM itselfs, to enable that rdp?
https://www.groovypost.com/howto/setup- ... indows-10/

oo the default in windows 10? okay i'll check it out, thx

i was assuming i need to install some third party client for it.

u got audio to work with rdp? then i need to get that working asap. oo... well if i can get it to work i'll post back if it's any different on my end.

tried but couldn't get it to work. I'm trying to RDP over local lan, but must have missed a step or something

what users are allowed to connect to the rdp session?

or does not even connect to the user auth?
Top

or does not even connect to the user auth?

i got it to work.

i enabled the rdp DEVELOPER initially.

after checking carefully, i enabled the regular rdp. It says "for other devices to connect, use this computer name".

So i then run the rdp client from the other machine (non vm) using that and it finds it. I just login with credentials then walah

First thing i notice was colors. colors looked much better in rdp. 2nd thing i tested was youtube. playback was much smoother no tearing. I didn't even install the nvidia graphics drivers or use the nvidia graphics card yet either (if i did i think i would be forced to plug in a hdmi monitor for it to be usable. i'll test that later

had to use lowest setting (EVR). It's playable but at 1080p for a highbit rate 1080p video it will barely play. But if i resize the video player it plays fine. Bandwidth issue?

that said i'm impressed it even worked.

mpv seems to work much smoother even at maxed window resolution.
https://mpv.io

You mentioned clicking audio? but my audio works just fine, i don't notice any issues

i haven't tried gaming yet, but i'd rather do that with the nvidia graphics card hooked up and installed. on my to do list.

okay i think i heard what you described. for me it was obvious during the windows 10 notification pop, theres a sound and it had a weird sort of crackling noise. Not too bad but it was quite transparent. 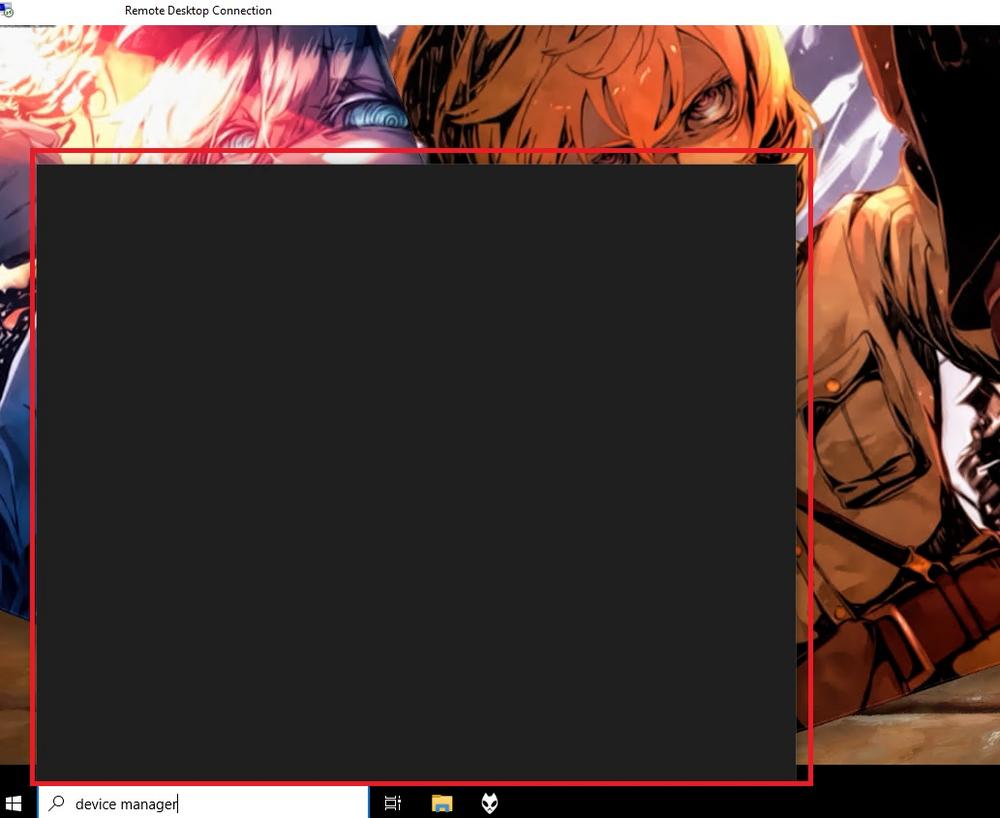 In win10 start, you can type text and it will prompt the text shortcut. But i get instead in RDP a blank box. Any ideas how to fix that

other than that oddity, i'm pretty happy with rdp so far.

ok i solved it. change the hard drive to use write through. Tbh i don't know if that is the best setting or not

thats weird. i relogged into rdp, and notice the same issue again

never had this issue on rdp

one issue I have on some nvidia cards (quadro) is, the nview driver slows the gui down on rdp..unitstalling nview on driver update fixes that
Top

i may have figured out the black screen issue.

Microsoft has added a new bug to the list of known issues in Windows 10 1903 about Remote Desktop connections displaying a black screen when connecting to devices using older graphic drivers.

According to the bug report, when a user connects via Remote Desktop to device with certain older GPU drivers, including drivers the Intel 4 series of integrated GPUs, a black screen will be shown.

i wonder could this be it? either way, rdp is acting wonky in the recent win10 builds so...

Before my now running TS-453Be I also used a TS-453A with 16GB RAM. There I had a working Windows 10 Ultimate which is running not very snappy via RDP. Before that I used Windows 7 which was running faster than Windows 10 and was snappy. What brought a little bit of speed was to let the VM ran from an external via USB 3 attached SSD. But QNAP stopped the Virtualization station working like this.

Now I am using a TS-453Be with 16GB RAM and a SATA M.2 SSD for the VM, which is now a 2019 Server Essentials. This is not very snappy. The 2016 Server before also was not snappy.
On this server only iTunes is running for my Apple TV, so I don't need the speed of the user interface of windows.
Top
Post Reply
15 posts • Page 1 of 1