This is the best place for community developers to publish their genius work. Your Apps enrich the QNAP Turbo NAS.
Post Reply
299 posts 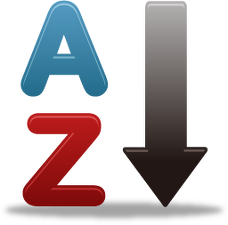 SortMyQPKGs is an automated sorter for installed QPKGs to ensure they launch in correct sequence when your NAS next powers-up.

There are a few known packages that need to launch sequentially (example: Qmono before QSonarr) but due to flaws in QNAP's package registration process, this may not occur.

This package will automatically ensure the launch-order of your other QPKGs is correct.

Every QPKG will fit into one of three possible groups: This package ships with default lists that should help most people resolve startup issues. But custom user lists are also supported. If you find a new package you think should be added to the default lists, please advise of the internal package name(s), why they should be placed where you say, and how you have tested them. Only packages that must be placed correctly should be requested.

This package was initially suggested by @father_mande & @zyxmon in this thread, and is thanks to the research efforts of @zyxmon, @father_mande, myself and many other QNAP community members. Thank you to all who have contributed with feedback and suggestions.

How to install
Notes

Awesome, many thanks for that OneCD, going to try it out later.

Would be great if you could add these to the end:

Ah of course, Plex should be before PlexPy I presume.

What is couchpotato2? I know Couchpotato, but do not know v2...

Sent from my A0001 using Tapatalk

giopas wrote:What is couchpotato2? I know Couchpotato, but do not know v2...

But I think - technically - CP is somewhere in the region of v3.x by now. As it's unlikely anyone is still using the original CP, we can probably ditch the '2' on the name.

Thanks OneCD for your work on this. I will give it a try on a couple different boxes and give you any issues/feedback that I find. You may want to also add language packages (Python/Perl/etc.) to the front list (if they aren't already there) to go with Entware/Mono/etc.
Paul

Seems to work like a charm! Thank you. How about including a switch to show the current order without doing a resort?

and ... done! The default action now is to display the current QPKG list. To perform re-sorting, use '--fix'.

OneCD wrote:and ... done! The default action now is to display the current QPKG list. To perform re-sorting, use '--fix'.

You may want to think about the following changes (all names are the Package names):

Thanks Paul. I've added those now. Current list is:

Does that look correct?

I moved Plex into the ALPHA list, so PlexPy shouldn't need to be specified. It will therefore be somewhere in the group of unspecified packages (at the 25th ordinal above). Unless this is wrong? Please advise (I don't use Plex).

Looks good to me.
Paul