Introduce yourself to us and other members here, or share your own product reviews, suggestions, and tips and tricks of using QNAP products.
Post Reply
37 posts

aarbee wrote:@Moogle,
I did read this text at the beginning of your thread:

What do you mean exactly? RDP?

You can use pretty much any method you normally would for remote system access: RDP, VNC, TeamViewer, or the embedded VS HTML viewer (as long as you are not doing GPU passthrough). If you are doing GPU passthrough, then you need to either install a VNC viewer or use one of the other options I mentioned.
Paul

VNC is slow to, compared to RDP. Not sure why that is.
And single monitor.
Friendly Greetings,

ty for the detailed explanations.

i just assumed that the remote option was only that html pop up they provided in virtual situation. they did not explain any other method. maybe it was obvious to the more tech literate, but i was not aware

ty for the detailed explanations.

i just assumed that the remote option was only that html pop up they provided in virtual situation. they did not explain any other method. maybe it was obvious to the more tech literate, but i was not aware

They are solving different things...

well so does that mean even if you rdp to connect (to the vm), you would still need to do virtio to improve the vm performance?


And Aarbee's useful performance comparison between the 2, which i did not test yet myself.

maybe i should create a new thread for this. but anyway..... since i'm testing virtual station, i may as well post my updated experience here.

right now i'm still short of ram, so i'm setting up a windows 10 32bit which i believe can use 2gb ram max? i'm only allocating 1gb ish for now.

I'm expecting new ram to arrive to boost me up to 16gb (8gb x 2 dual channel). When that arrives i can re-do the vm to 64bit then allocate 8gb for vm, and 8gb for the QNAP.

on the QNAP my ram usage tends to fluctuate between 4-6gb, so that should be fine for my qnap use, leaving the rest for vm.

normally i prefer having 16gb on a pc desktop system, but i'm not planning to do too many things on VM at once, so 8gb should be alright.


so anyway, to increase your hdd performance, do the VIRTIO optimization. 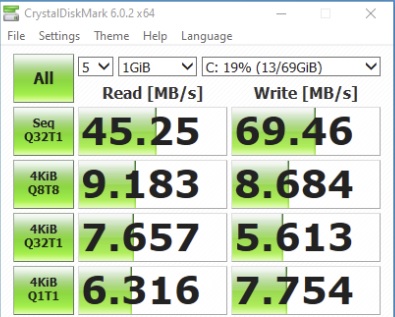 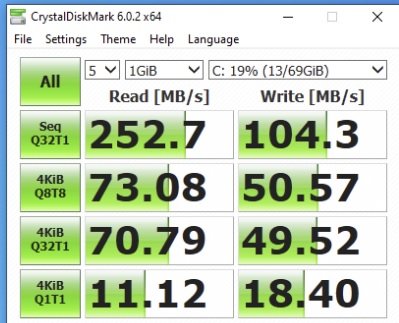 as you can see, virtio is worth using because of the performance increase. You are most likely not going to achieve bare metal performance (meaning non vm performance), but you can at least get closer to it, at least compared to not using virtio.


this is the virtio setup guide
https://www.youtube.com/watch?v=UNvEaBGc73c

Few things i did differently compared to last time i was setting up QTS virtual station.

)
2. installed the VM on a static volume SSD (this is an old intel x25m SSD, but it's still better than a HDD, although it's been far surpassed by much newer ssds since)
3. tested on QTS 4.3.6. virtual station has come a long way since last time i tested. bugs get ironed out etc.


So anyway, i followed the guide to install win10 VM
https://www.youtube.com/watch?v=73podQlom9Y


The loading of the win10 image was a bit slow. But later on after i set everything up and decided later to redo it, i deleted the win10 VM and started over. the 2nd time i tried, things were much faster. I'm not sure why exactly. Only thing i did different was create a DVD rom (IDE) and inserted the win10 img to install from.


pretty happy with the responsiveness of the vm 10 via RDP (which was better than i expected).

another update for VM.

i switched over from VNC to RDP. gosh ... there is a HUGE difference in performance.

1. better colors
2. video playback works MUCH MUCH better without tearing (this is even without using nvidia graphics fyi)
3. FINALLY i got audio and it works great